‘Best of the Year’ Compilations 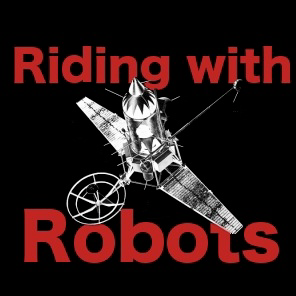 The Riding with Robots podcast ran from 2006 to 2009, and was featured on the iTunes Music Store home page in 2007. Each image-enhanced episode highlighted the latest pictures and news from the planets, along with one-on-one conversations with scientists and space agency officials.

All links open in a new window.

In this week’s edition: Welcome to Riding with Robots. Has Mars claimed another innocent robotic victim? Is a monster storm on Saturn the largest hurricane ever seen køb cialis? The robots that would not die take on new life.

A retrospective on the 10-year run of the Mars Global Surveyor, soon after it was pronounced lost.

Opportunity drives to the brink. A small moon takes on big impacts. We take a walk through the “Monument Valley” of Mars. We get an even closer look into the eye of the monster.

This episode is all about diving deep, going below and beyond what’s normally seen.

Better brains for Mars rovers. Intriguing lakes on Titan and geysers on Enceladus.

A conversation with Dr. Ed Stone, former JPL director and leader of the Voyager team.

An encounter with Jupiter, and ways anyone can contribute to space science.

A conversation with Dr. Sue Smrekar about the Mars Reconnaissance Orbiter

What a spacecraft saw as it zipped by Jupiter on its way to Pluto.

Spooky and intriguing sounds from space.

New views of Venus. Zooming in on Mars

Many more editions to be posted soon.