Saturn’s rings are made of billions of discrete particles of ice and dust, marshalled by the mathematics of gravity and momentum into thousands of concentric bands. Most of them look neat, regular, and ordered.

Then there’s the F Ring.

Circling Saturn outside the main group of rings, it too consists of many icy particles. But in the F Ring, those particles share their orbit with a pair of moonlets called Prometheus and Pandora. These tiny worlds (Prometheus is about 148 kilometers across) are famously known as “shepherd moons” because they orbit on either side of the F Ring and set its bounds, between 30 and 500 kilometers wide. But instead of merely constraining the ring, their slight gravity is enough to perturb the tiny particles as they pass, stretching and pulling the ring into twisting filaments.

In the very recent sequence above, dramatic back lighting from the sun gives the ring a neon glow against the blackness of space and makes it easier to discern the ring’s ever-changing structure.

These observations of the F Ring are an example of what Cassini does best: discovering the dynamic, complex, weird and beautiful worlds of Saturn, places you’d never even imagine when watching the planet from a distance. 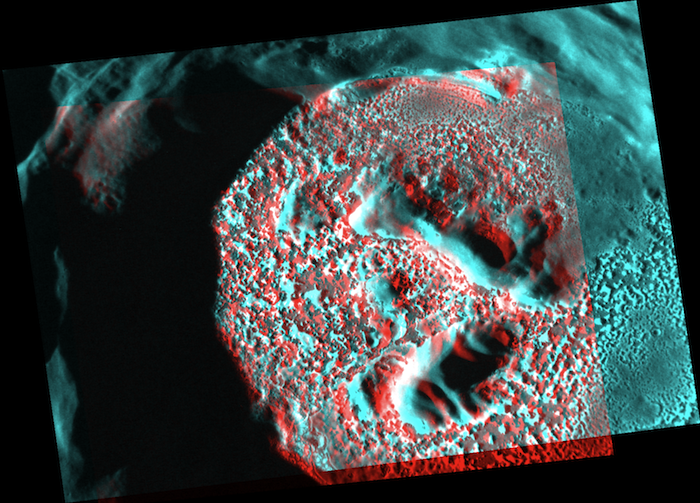