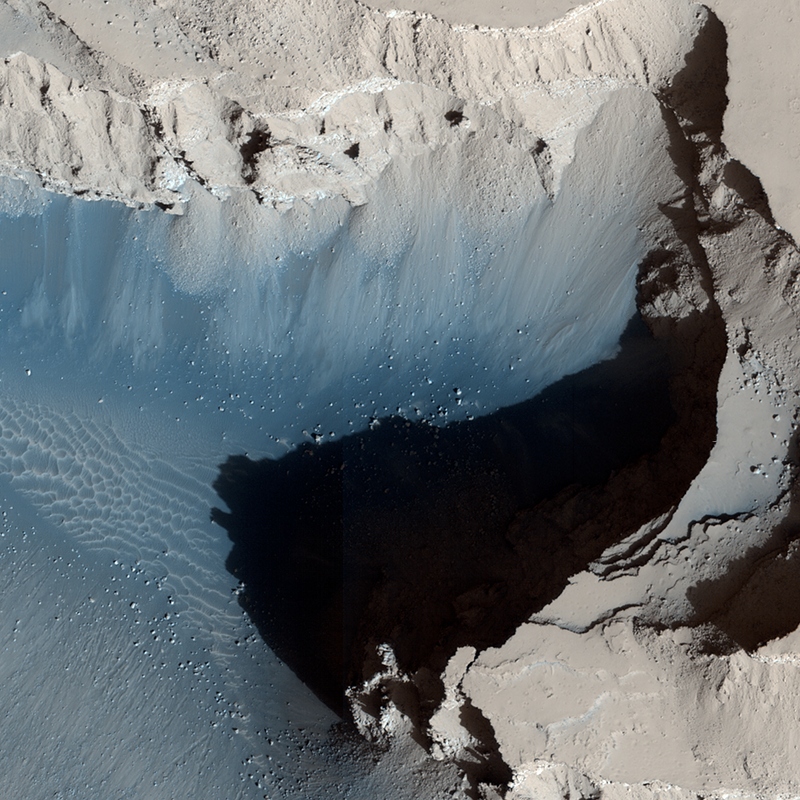 Catastrophic water floods carved the canyons of Athabasca Valles, a geologically young system of outflow channels on Mars. But images like this one from the Mars Reconnaissance Orbiter reveal that the area is now draped by a thin layer of solidified lava. The lava flow erupted from a nearby fissure, inundated the channels, and drained downstream. This close-up of the edge of one channel shows an area a few hundred meters across.