One year ago today, the US federal government shut down due to a budget impasse, leaving NASA’s outreach teams unable to work. So I tweeted:

In solidarity, today I’m tweeting some #ThingsNASAMightTweet if they could. 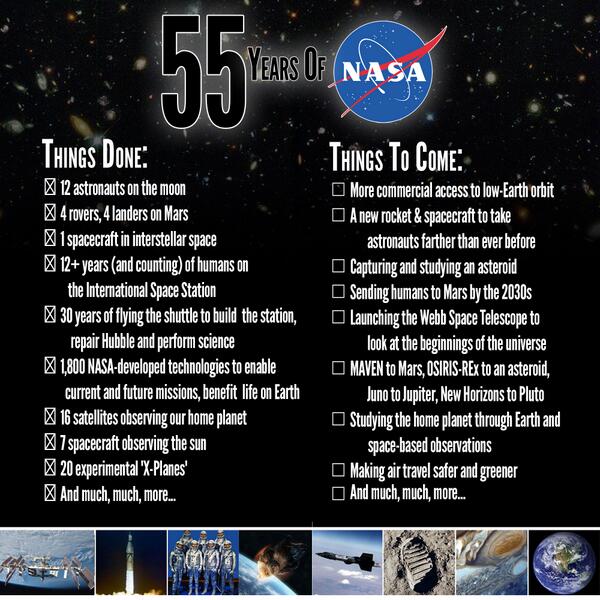 I didn’t think much about it. But what happened next was astounding. People from all over the world joined in, and by the end of the day there were dozens of posts about NASA, space exploration, and science in general bearing the #ThingsNASAMightTweet tag.

It just grew from there. Sixteen days later, my last #ThingNASAMightTweet read:

Thank you to everyone who supported #ThingsNASAMightTweet. 13,219 posts. 27 million impressions https://sildentadal.com/. Unquantifiable love.

If you want to see how important NASA and its work are to people on this planet, @KristenFitzpat1 @BluhmDesign @budiprasetya @AgilistaAG and others captured the story in a few slides.

Meanwhile, many of the tweets are still on Rebel Mouse, and you can still see several articles that appeared in the press.

Space is intriguing, but the best part of writing about it are the people who love to explore it.

Gullies in the Mist

The Phoenix and the Devil + Weekly News Roundup

Big Week for Space News: Your Guide to the AGU Meeting

And it gets great mileage, too