You and I can do something very few people in history ever could: tour the planet Mercury. In fact, just last week NASA made available a new trove of images from the MESSENGER spacecraft. The orbiter circles the planet every eight hours, carrying a sun-blocking heat shield on one side and a suite of powerful cameras and instruments on another. I’ve been exploring the new pictures, and here are a few that caught my eye. These were all taken during this calendar year.

Mercury is sometimes just weird. I mean that in a good way, of course. The best example might be its famous water ice deposits, which defy the planet’s searing heat by hiding in deep craters near the poles. Lit only by starlight, never directly by the sun, the floor of the crater Petronius is one such place.

Sometimes the MESSENGER team commands the spacecraft to photograph the limb of Mercury at a highly oblique angle. These shots can reveal the shape the horizon, and are interesting just because they almost give the sensation of what it might be like to ride along with the orbiter as it buzzes over the surface of a harshly alien world.

Mercury is a gray planet. If you did fly along with MESSENGER you’d see a surface that appears mostly colorless to your eye. But that’s not the whole truth. Varying kinds of minerals mark different parts of the landscape, depending on whether it formed in an eruption of lava, the impact of an asteroid, or some other process. Also, some terrain has been battered by space weather for longer than other places, depending on its age. All this leads to subtle color variations on the surface. MESSENGER’s cameras can draw these color changes out by shooting through filters sensitive to different wavelengths of light. Combine these images into the red, green, and blue channels of an ordinary color picture, and suddenly Mercury’s colors shine through. 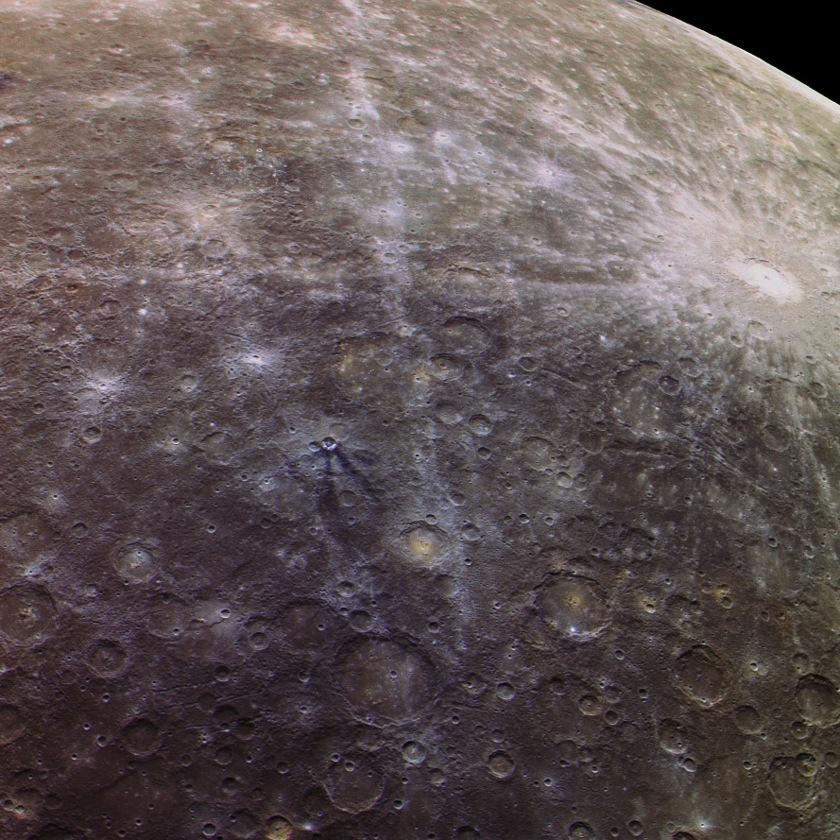 It’s uncertain low long our MESSENGER at Mercury will fly. Its budget has already run out (it continues to operate on a pay-as-you-go basis, pending a possible mission extension) and its fuel won’t last forever. Meanwhile, it show us–in striking detail–places that previous generations of explorers could only imagine.

A Spin Through the Inner Solar System