My cousin Stephen Coles was digging through a used bookstore in Berkeley, California a couple of months ago when he found a Golden Book (remember those?) called Space Flight: The Coming Exploration of the Universe by Lester Del Rey and illustrated by John Polgreen.

It was published in 1960, just after Sputnik and Explorer, but just before Gagarin and Shepard.

The book itself is beautiful, and its content is an intriguing mix. Naive and wildly speculative on the one hand, hopeful and prescient on the other. It’s easy to smile at the blank spaces on the pictures of the planets and at the predictions the author got wrong. But my eyes widened at some of the things he nailed—a lot of it is spot on.

Likewise, the book stirred a mixture of feelings about the state of space exploration today. We have accomplished so much of what the author hoped, and so much is still in progress…or remains a dream even all these decades later.

Here are few of the most interesting pages. 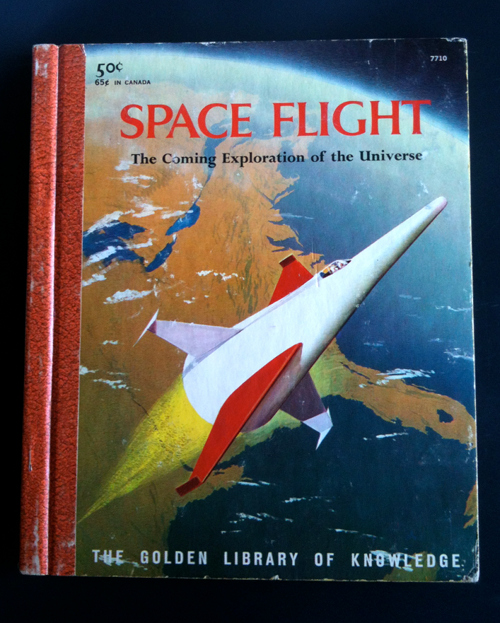 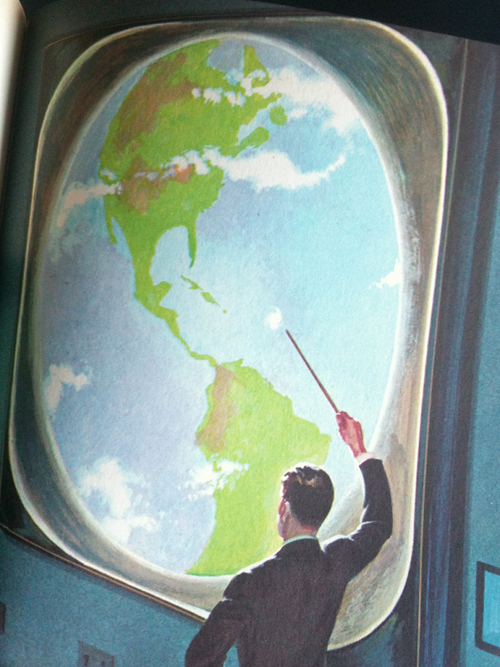 One of the most noticeable things about pre-space age illustrations is how wrong the cloud cover looks. It’s hard to remember that they just didn’t know what the Earth looked like. The book speculates that someday we will be able to predict the weather thanks to satellites acting as eyes in the sky. How much do we take this for granted now, especially during violent events like hurricanes? 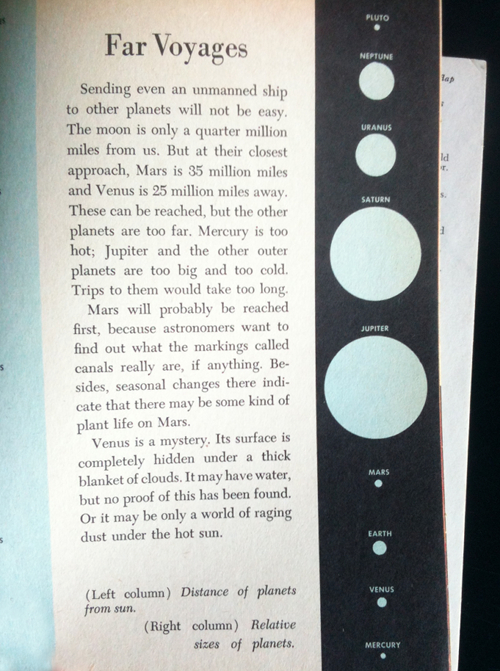 From here in the 21st century, what a mix of bad news and good news we would have for Mr. Del Rey: It’s true, spaceflight has not been easy genericoitalia.it. But it can be done! We’ve even been to the places you write off as impossible, and beyond. Mr. Del Rey, those worlds are more beautiful than you can imagine. The bad news: Venus is a hell hole and there are no canals on Mars. Not even a spot of green so far. But we’re still looking. 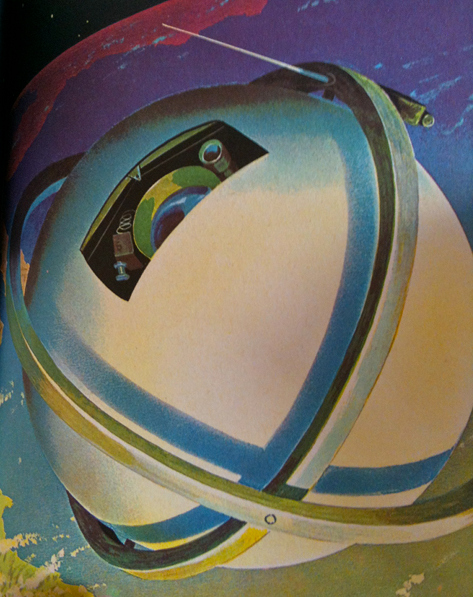 The proto-Hubble. One of my favorite accurate predictions is the potential for space-based telescopes. If Del Rey could see the Pillars of Creation… 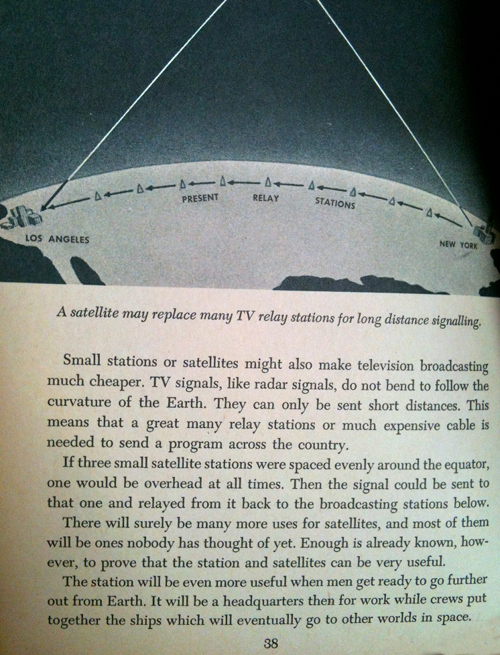 Something else we take for granted every day. How many people do you know who still think space is a frivolous waste of money, then go home to watch TV or use the Internet? 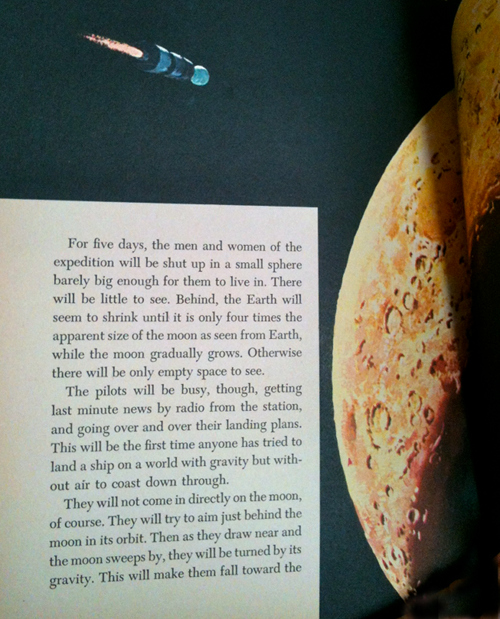 You have to give him credit for including women in his speculative crew. Too bad there weren’t any among the moon walkers. He was wrong, too, about there being nothing to see. How could he have imagined the sight of the Earth rising over the lunar horizon? If there were one picture I could send him, I think that would be it.

Here in the modern golden age of robotic space exploration, I am among those privileged to have seen a rocket launch. Mr. Del Rey, it’s everything you hoped it would be.

Related:
– What it’s like to watch a rocket launch, and why will.i.am was hanging with nerds
– The Pillars of Creation
– Earthrise

Good find! I love seeing how scientists envisioned the future and how early “artistic impressions” became reality. Some of the images are quite imaginative!

lovely blog post, I really enjoyed your reflection on how we have grown up and salute to the creative pioneers that looked upwards and dreamed.

[…] to argue with a scientist: A guide The Golden Age (of space exploration) Chronic Fatigue Syndrome and the CDC: A Long, Tangled Tale […]

Del Rey did live into the early 1990s, so although he didn’t make it long enough to savor the “Pillars of Creation” there were plenty of opportunities for him to see views of the earth from space from Apollo 8 forward as well as many dramatic images of Mars and the gas giants provided by your beloved interplanetary robots.

Good to know, Rand. Thanks.

Hello there, I think your blog could be having web browser compatibility problems.

When I take a look at your web site in Safari, it looks fine however when opening
in IE, it’s got some overlapping issues. I merely wanted to give you a quick heads up!
Apart from that, excellent blog!

Thanks. Some work is underway, and hopefully it will clear up any remaining issues.

Science Against the Storm