A pro race car? Give me a break. A military jet? Nope. Maybe a speeding bullet? Does that count? Even if it does, no. Here’s a comparison between some of the fastest objects built by human hands.

(All speeds are approximate, as various sources give slightly different figures.) 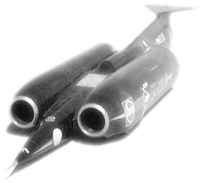 In 1997, the jet-propelled car dubbed ThrustSSC set a land speed record in the Black Rock desert in Nevada. It blasted past 760 miles per hour (0.34 km/s)—smashing through the sound barrier. After the record-breaking speed runs, there were actually marks on the ground where the shockwave had passed. Learn more about ThrustSSC.

At that rate, here’s how far you could travel in five seconds:

Captain Eldon Joersz and Major George Morgan set a speed record for a crewed, air-breathing jet aircraft (as opposed to a rocket plane like the X-15) in 1976. They urged their Lockheed SR-71 Blackbird to more than 2,190 mph (0.98 km/s). By the way, this is about the same speed as the muzzle velocity of a M16 rifle. Learn more about the SR-71. 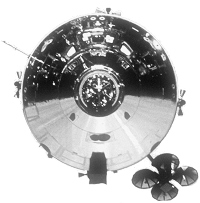 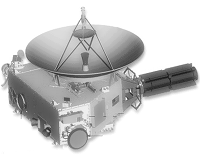 Now we’re really moving. As you read this, the robotic spacecraft New Horizons is headed for Pluto and the uncharted territories of the Kuiper Belt. When it set out for the wild black yonder in 2006, the New Horizons spacecraft was traveling faster than any previous mission at the critical point of escape from Earth’s gravity. At this very moment it’s hauling its shiny metal posterior at more than 34,600 miles per hour (15.5 km/s)—more than 15 times the speed of a bullet leaving an M16. Learn more about New Horizons. 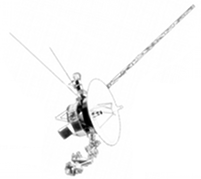 In the 1970s and 80s, an intrepid pair of robot explorers completed a tour of the outer planets. Voyager 1 and 2 blew the world’s collective mind with pictures of volcanoes on Jupiter’s moon Io and giant storms on Neptune. All these decades later, both ships are still in daily contact with Earth as they approach the boundary of the solar system. Before sailing off into the dark, Voyager 1 got a speed boost from Saturn’s giant moon Titan, and its current speed relative to the sun is an astounding 38,100 miles per hour (17 km/s). Voyager 1 is now so far away that when it calls home, it takes more than 16 hours for the radio signal to arrive. Learn more about Voyager. 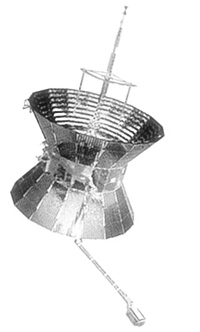 In 1974 and 1976, NASA launched a pair of German probes called Helios I and II. When their highly-elongated orbits swung them close by the sun, they reached speeds in the neighborhood of—get this—157,000 miles per hour (70 km/s). Helios II was the speedier of the two by a hair, making it the fastest man-made object in history. For all that unimaginable speed, the Helios probes traveled at only 0.000234 times the speed of light. Learn more about Helios.

At that speed, here’s how far you could travel in five seconds:

The winner? A space robot, of course. It’s a bit of a split decision, though. Even though Helios II is, by far, the fastest machine ever built, it’s no longer in service. So the fastest thing in the skies right now that’s still “alive” is Voyager 1. It’s cruising at 70 times the speed of a jet liner, 24 hours a day, closer every moment to leaving the solar system forever…and setting out for the stars.

Our technological feats continue to amaze. I just hope we continue to tackel the mysteries of space in person, one way or another, instead of abandoning our progress due to tough economic times. It’s something we humans must do if we want to survive down the road.

Agreed. By the way, the Juno mission team wrote in to note that at the moment of insertion into Jupiter’s orbit in 2016, that probe will hit a very respectable 60km/s.

Excellent comparison. Puts it all in understandable perspective. Fascinating.

This answer to the question is misleading. The question is, “What is the fastest machine ever built?”. The examples assumed “fastest” means distance. The examples begin with self propulsion and end with gravitationally leveraged thrust. These are not the same. The former items more closely match the propulsion assumption, whereas the lateris akin to any machine being hurled through space. These later devices put all machines on earth at the same orbital speed rate of 30km/s (67,000 MPH).

So the comparisons are not the same.

That said the Helios is still “the fastest machine EVER built”, according to the question. The article puts a twist on the question at the end to try and say a record no long counts, if it is not presently being maintain — which is to ignore the truth. A record set, is a record set.

So, if we are talking true speed over distance, we need to consider all forns of machines that achive a distance record. And since light is also a measurement of distance, this now expands our question to more holistically include the words “What is the fastest machine ever built?”.

So, let the comparisions begin, again …

WHAT IS THE FASTEST MACHINE EVER BUILT?