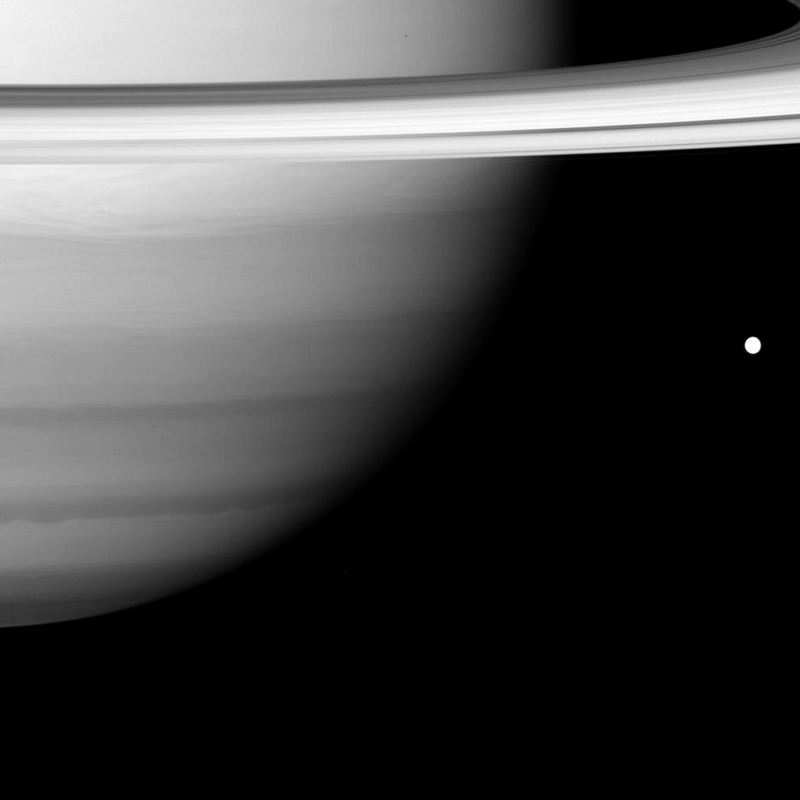 The sixth planet and one of its 52 named moons, Dione. This picture was taken on Monday through a filter sensitive to light that is absorbed by methane, bringing out otherwise invisible details in Saturn’s clouds.