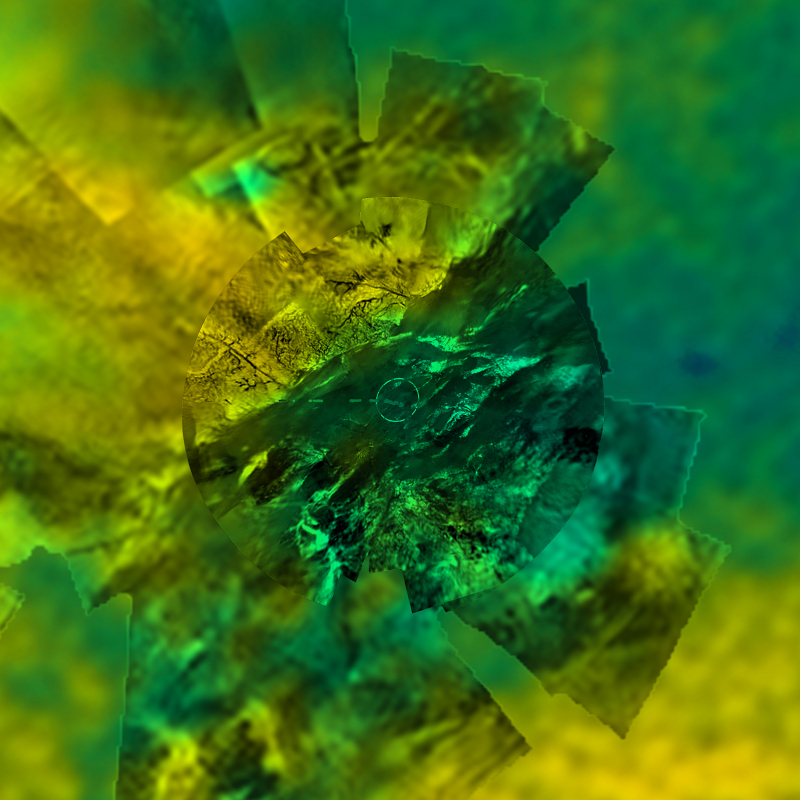 Four years ago this month, the Huygens probe became the first Earthly visitor to the moon of another planet when it touched down on Saturn’s planet-sized satellite Titan. On the way down, it braved Titan’s thick mist to peek at an alien-yet-familiar landscape of mountains and stream beds. This newly-published image of the landing site is an original work that uses images from the Planetary Photojournal that were coordinated, rescaled, warped, contrast adjusted, colorized, and combined to offer this new take on the landscape.

Springtime in the South