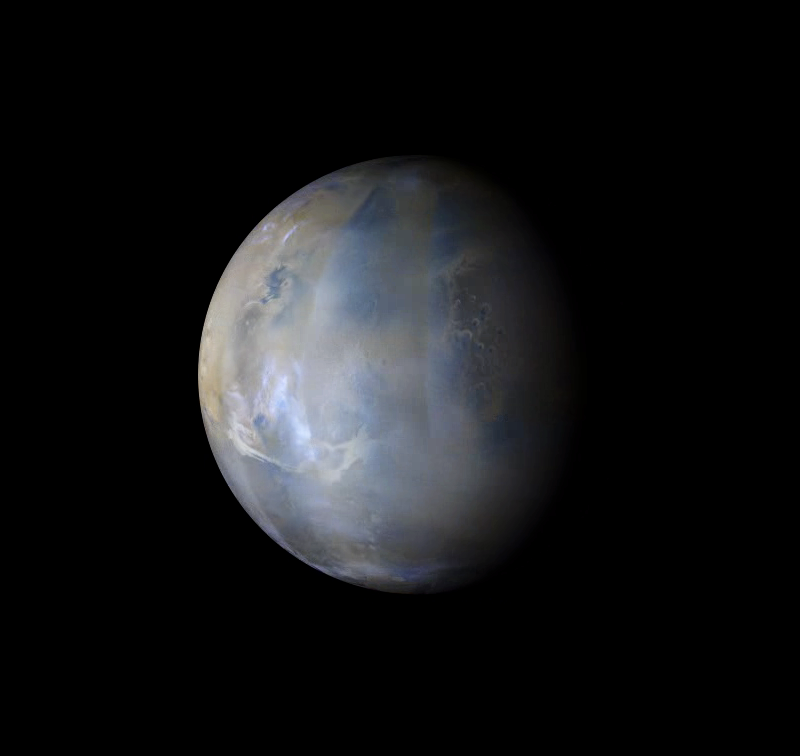 The latest planet-wide visual scan from the Mars Reconnaissance Orbiter shows that dusty and cloudy conditions continued across the Red Planet late last month. Both rovers (Spirit in Gusev Crater and Opportunity in Meridiani Planum) saw diffuse dust haze and scattered water ice cloud cover. In this image, the Valles Marineris canyon can be seen filled to the brim with dusty air near the western (left) limb of the planet near the equator. Just to the north of the canyon, white clouds drift through the skies.

Due to solar conjunction, this is the last Martian weather image that will be received on Earth for a few weeks.

It’s an image like this that makes the orbiter’s long trip to Mars worth every penny. 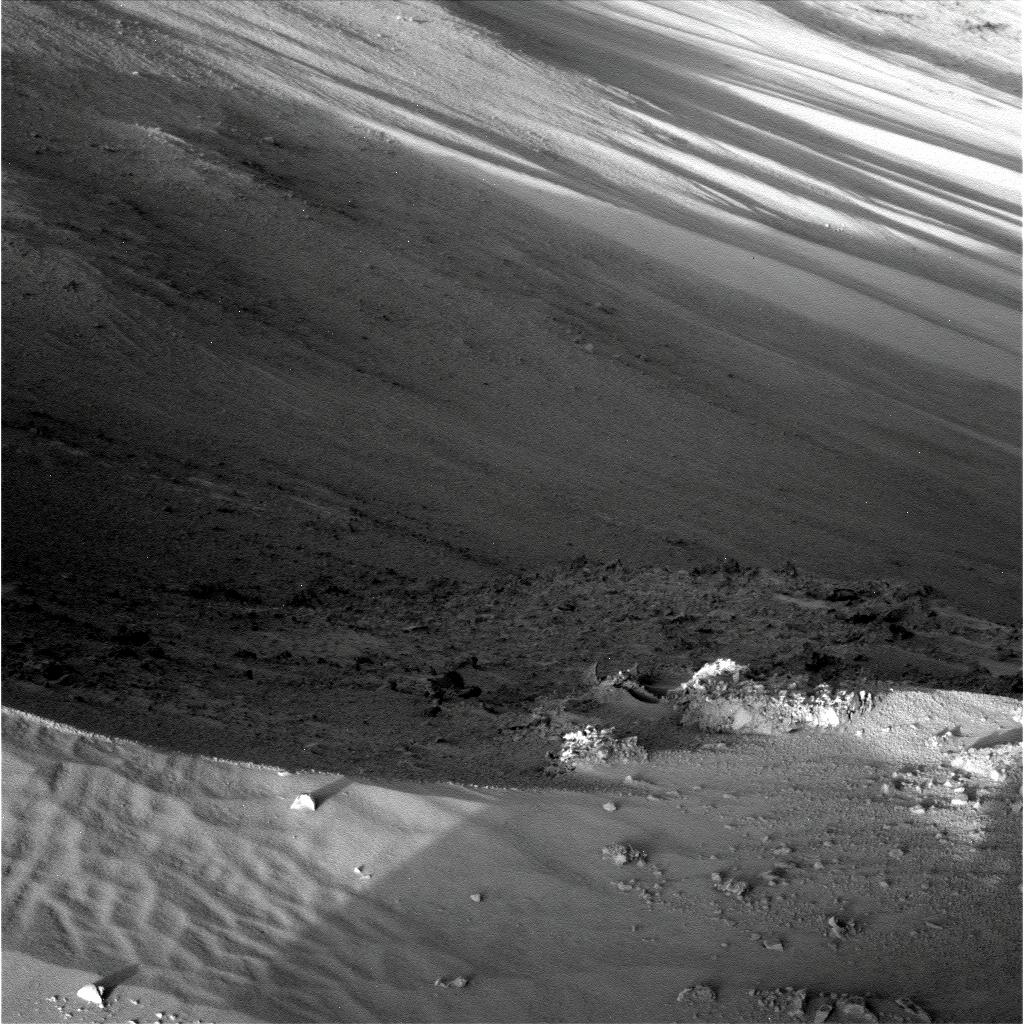 The Long Shadows of Winter

Mission to a Star