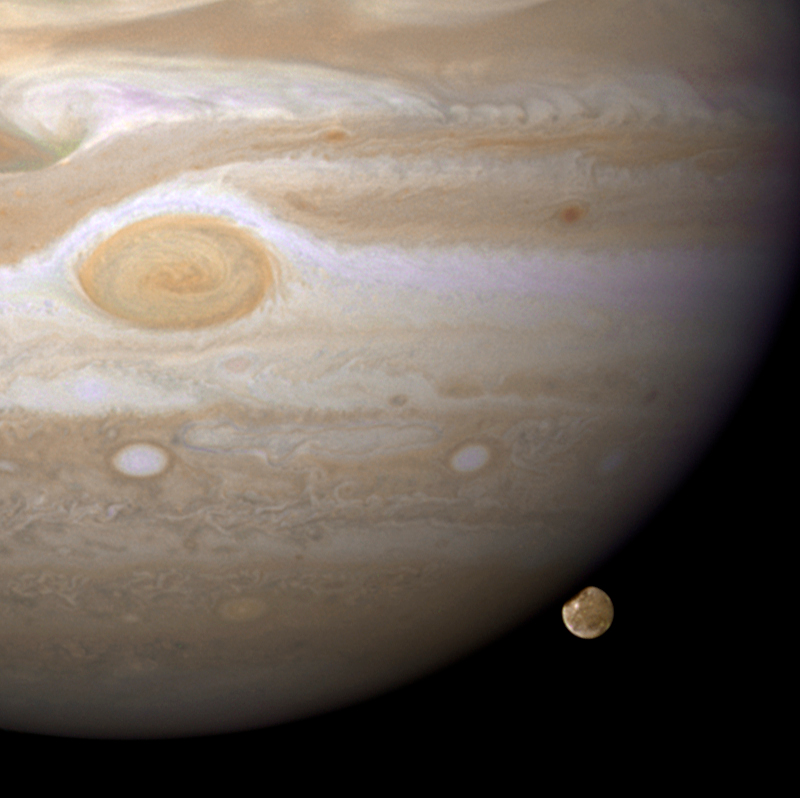 This site usually concentrates on pictures from probes that leave Earth orbit and actually fly to the destination they’re exploring. This spectacular Hubble Space Telescope image of Jupiter and its moon Ganymede that was released today deserves an exception.

Astronomers will use the light of Ganymede, the solar system’s largest moon, to analyze the upper reaches of Jupiter’s atmosphere that can be seen as the moon slips behind the giant planet’s disc. Learn more. Also prominent is the Great Red Spot, a storm large enough to swallow the entire Earth that has been raging for at least three centuries.

The last spacecraft to visit Jupiter up close was New Horizons in 2007. The next will be the Juno orbiter in 2012.

I agree, well worth bending the “rules” for!

Yeah, I couldn’t resist. If Hubble can do this, I can’t wait to see what the NEXT generation of space telescopes will show us in the next couple of decades.

Portal to the Underworld?