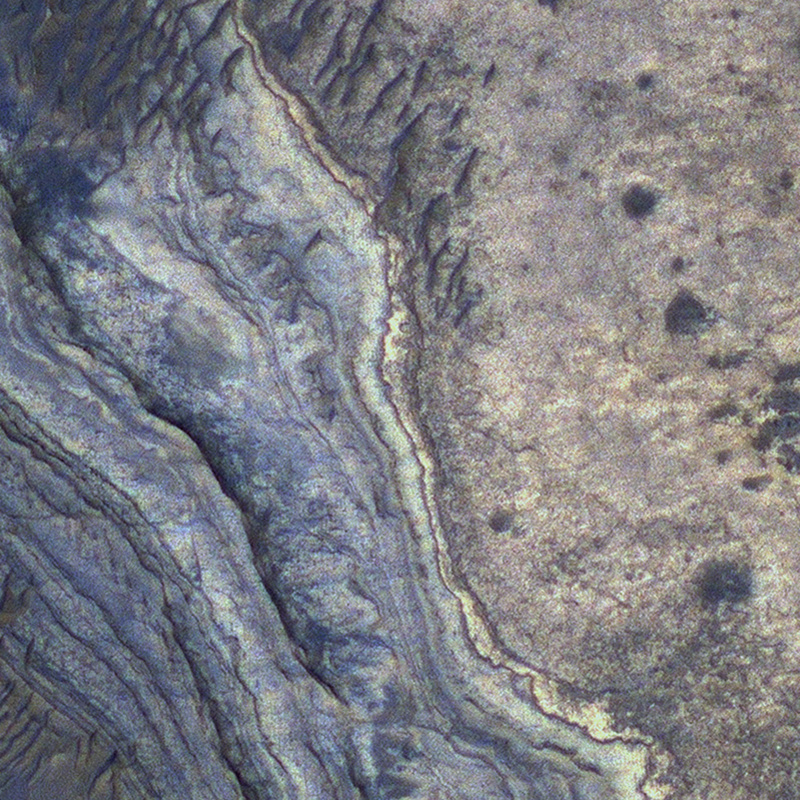 Mars explorers have found large amounts of hydrated silica exposed on the planet’s surface. You might know ‘hydrated silica’ better as the gemstone opal.

A close-up of an Earthly opal.

The image above comes from the Mars Reconnaissance Orbiter, and shows one of the many outcrops of opal-like minerals. This deposit takes the form of thin layers extending for long distances around the rim of the giant canyon Valles Marineris, and sometimes within the canyon itself. In this shot, the minerals in question are found in the pinkish layer seen on the right side.

Finding opal deposits on Mars is a major discovery, but not because of the potential for future mining colonies. These kinds of minerals form in the presence of liquid water, and they have been found both by orbiting spacecraft and by the rovers on the ground. The extent and position of the deposits leads scientists to conclude that Mars had liquid water pooling on its surface for much longer than they could previously prove.

“What’s important is that the longer liquid water existed on Mars, the longer the window during which Mars may have supported life,” said JPL’s Ralph Milliken, the lead author of a recent paper on the topic. “The opaline silica deposits would be good places to explore to assess the potential for habitability on Mars, especially in younger terrains.”

Clues in the Colors