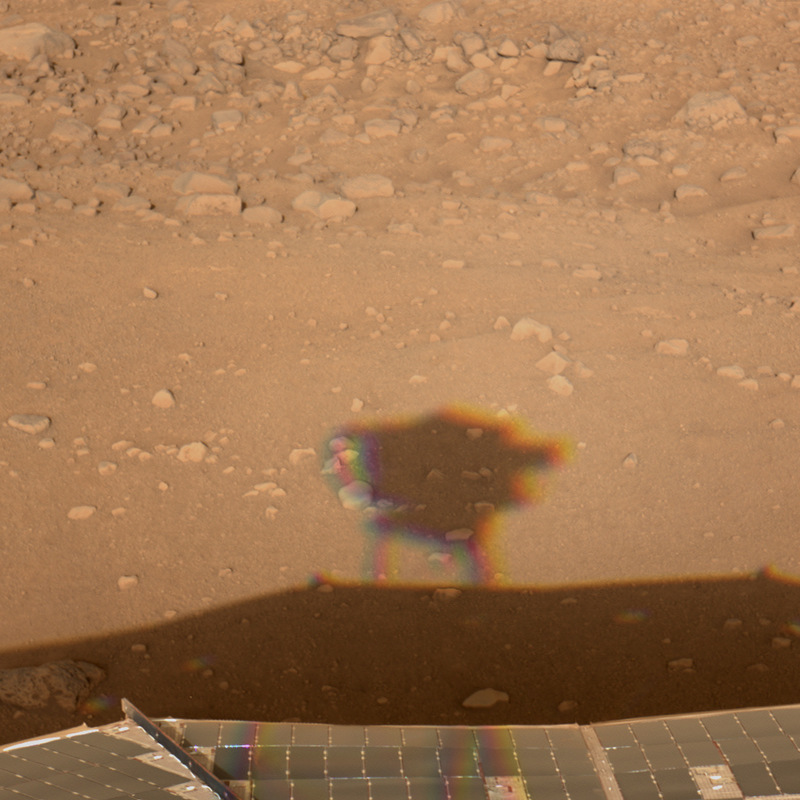 NASA announced today that the Mars Phoenix Lander mission has ended. After five successful months on the Red Planet, the gathering seasonal darkness at the robot’s arctic landing site has reduced sunlight on the solar arrays to the point where they can no longer charge the lander’s batteries. Mission managers last heard from Phoenix on November 2.

Even though this end was foreseen from the beginning, mission watchers around the world have reported surprise at the melancholy they feel. During its lifetime, though, Phoenix dug up a treasure trove of knowledge, and scientists will be analyzing the results for years to come. Get a recap of this remarkable mission.

[…] mission. Phoenix is now officially dead. They haven’t heard from him since Nov. 2nd. [Via Riding with Robots] Read Similar Posts: Phoenix Has […]

Maybe I’ll stop by and dust you off some day.

No, don’t say maybe. I WILL stop by and dust you off some day. If I have to walk there to do it.

Sad but we all knew it was coming… a wonderful mission that gave us 151 days of spectacular images. Hard to believe Phoenix landed more than 5 months ago! They were 5 months of excitement, filled I’m sure with feelings of incredible triumph and overwhelming frustration for the people behind the spacecraft. That darned oven… :-/

You saw the video in transformers, the same thing for Mars Pathfinder…they exist!!!

I feel a little naive in asking, but are you serious about the Twitter feed?

Is it possible for the lander to reactivate in the spring, or will the cold of winter damage it, or is there no way to reboot the system after the batteries have run down?

David – The Tweets came from the mission team, written from the perspective of the lander. No, we don’t have sentient robotic spacecraft yet. :) As for reactivation, the lander has a “Lazarus mode” that allows it to phone home in the spring if it survives the winter, but NASA says that is highly unlikely.

Casino – I still haven’t seen the movie. What kind of geek am I?! I’ll have to check it out.

Stu – Thanks for the tributes you’ve posted on your site.

True, but I’m a qualified historic resource conservator. I’m allowed to go behind the scenes, to touch what others must not, to search for change in the sofas of the dead and famous. Objects may be protected, but dust is not.

Space antiquities law? Uh, am I going to have to return all of those great Apollo souvenirs I collected the last time I was on the Moon? Can I at least keep the moon buggy?

And Rob: if you can keep a secret, you’re welcome to tag along on my upcoming little road trip to Mars. Share the gas and buy your own food and I’ll drop you near Phoenix. You’ll have to hitchhike home.

The Strangest Place on the Moon?