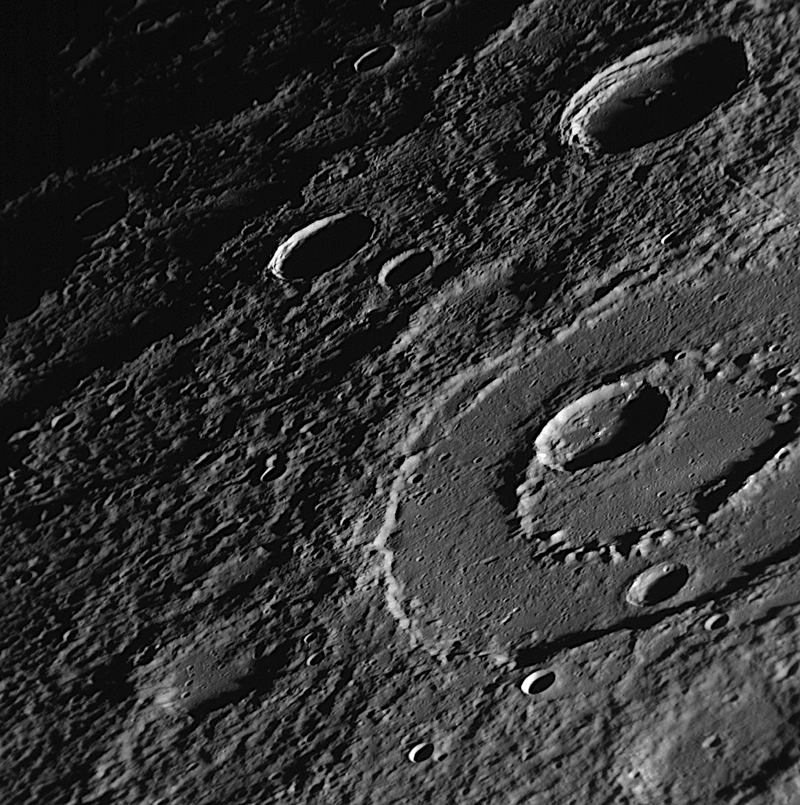 A dramatic example of an impact basin with a well-defined peak-ring structure, which formed during a  collision that temporarily melted the rock on Mercury’s surface. This part of the planet’s terrain was seen up close for the first time during last month’s MESSENGER probe fly-by sidor.

It is interesting how all the craters on Mercury appear to be the same depth, it must be a really solid planet.

I don’t know if the craters on Mercury are of a more uniform depth than other places, but it is famous for its high density and its large iron core.

I would have to imagine that a large, dense core would affect compressibility of the crust.
Other than shattering into itsy bits, where can it go upon impact? It will be interesting to see if crater depth is relatively uniform across the planet. And how the crater depth compares to other planets and moons with smaller cores.

There’s a Lovely Earth Out Tonight

Rivers of Water and Fire