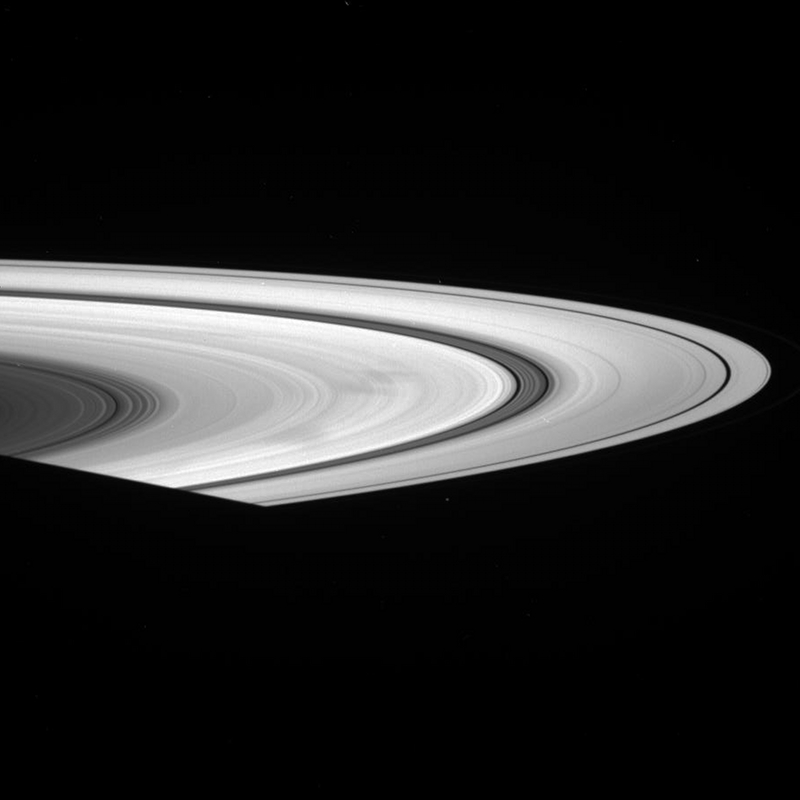 This picture was taken today, a billion kilometers from Earth. It shows Saturn’s rings, and includes something extra: an appearance of the phenomenon known as “spokes.” The spokes are seen here as the dark smudges in the middle of the rings that sort of radiate outward. Scientists are convinced that spokes form as the result of the planet’s powerful magnetic fields, but no one is sure exactly how. One theory even holds that spokes are related to blasts of lightning in Saturn’s atmosphere.

If only “some” of the ring particles are charged, then the polarity of the lightning could attract or repel those particles differentially, causing them to smudge.

Do we have a sense of whether or not there is any inherent polarity to the rings? The magnetometer should have long ago answered that.

Peter – Glad you enjoyed it!

Terry – Yes, I think that’s exactly how some of the theories go. I don’t know that much about it, but here’s one paper on the topic.

Drawn into the Vortex