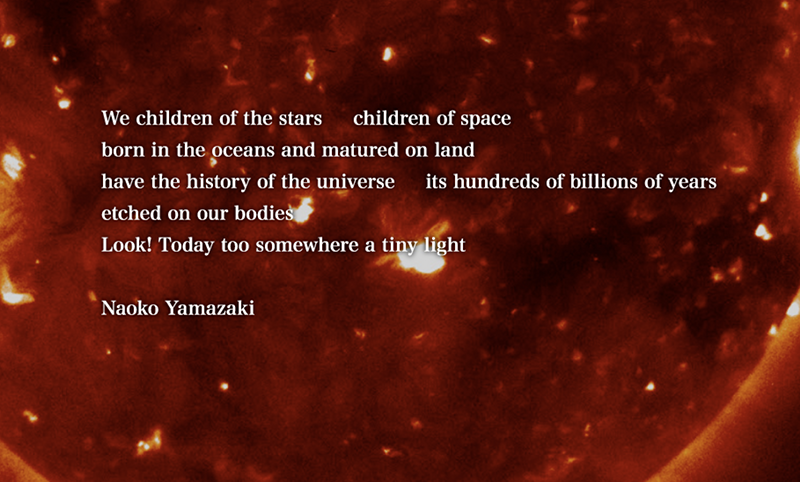 The skies have always cast a reflection on the blank page. Japan is carrying this tradition forward into the 21st century.

The verse by Naoko Yamazaki above is one of the poems gathered by the Japan Aerospace Exploration Agency (JAXA) as part of its ongoing Space Poem Chain project. The agency describes the chain as “an attempt to create a collaborative place through linked verse by thinking together about the universe, Earth, and life itself, unfettered by barriers of nation, culture, generation, profession, and position or rank.”

Two chains and part of a third have been published so far, each consisting of 24 poems written by poets (professionals and otherwise) around the world. The current chain will include pieces by Japan’s astronauts aboard the International Space Station, but everyone from office workers to school children have contributed work.

The project pairs the poems with striking space imagery, some of it from the robotic probes. For example, you can see the first volume set to imagery here.

One of my favorites from the latest series so far is this poem by Jun-ichi Nishijima:

Heart-strings vibrating, the sound spreads over the surface of my heart
and the spindle-shaped echoes swell in the measure of my feelings—
yesterday a round sphere, today a finely-pointed needle
My steamy sighs dim the glass of the night sky and
with finger tips I paint the outlines of new constellations just as I please

Interview with a Mars Explorer 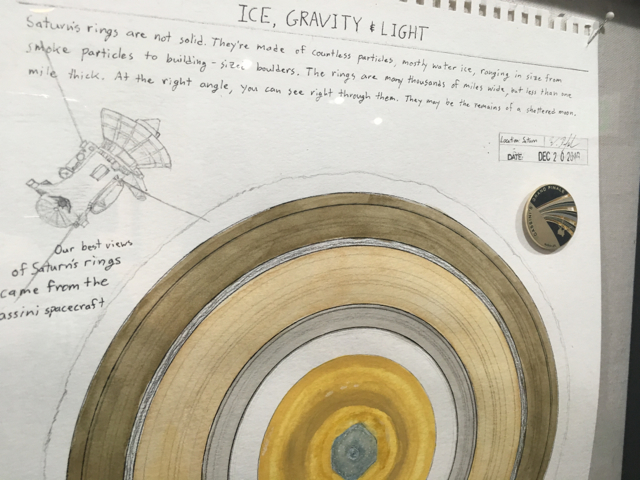