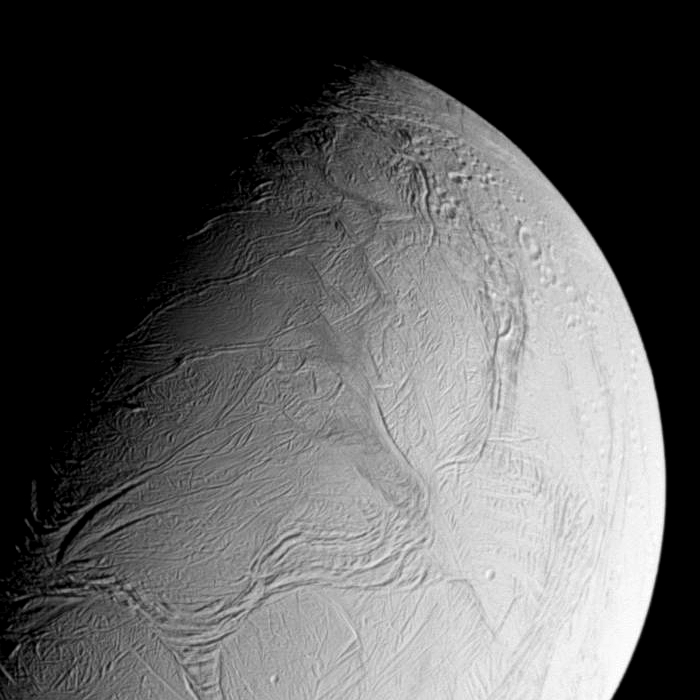 Cassini has pulled off another daredevil low-level flyby over the south pole of Enceladus, one of the strangest of Saturn’s moons. Thanks to some fancy flying, the robotic spacecraft was able to capture some new extreme close-ups of the ‘tiger stripes,’ cracks in the moon’s icy surface where gigantic plumes of water ice and other chemicals blast hundreds of miles into space. Learn more.

This is a close up of the Damascus tiger stripe, right at the location where some of the geysers erupt. The resolution of this landscape is better than 10 meters per pixel, and the clarity is amazing considering that Cassini was moving at tens of thousands of miles per hour relative to the surface at the time: 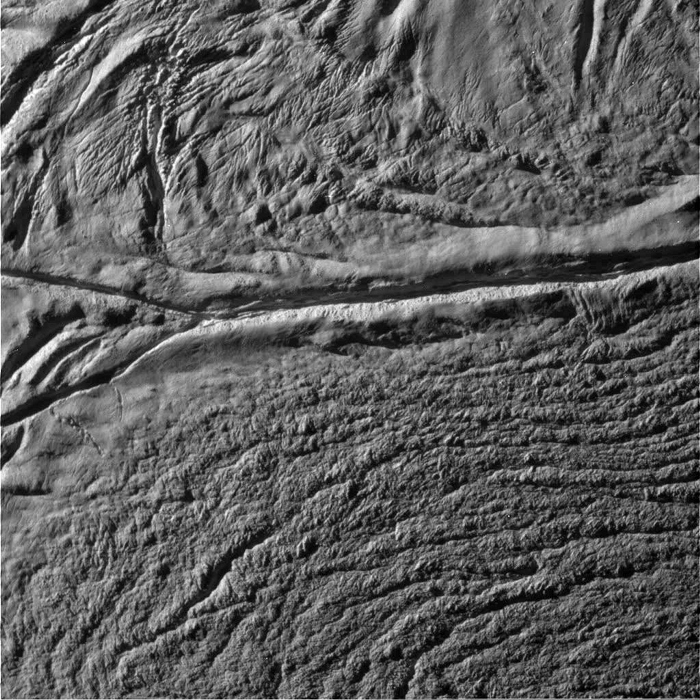 As Cassini pulled away, it caught Enceladus as it was slipping into Saturn’s shadow. The spacecraft won’t have a chance to return to this enigmatic world until this time next year. 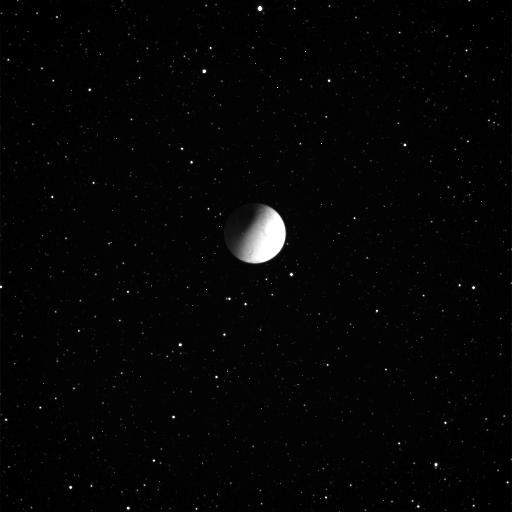 These shots are awesome. I especially like the last one, its starfield background is often not seen in planetary photos, and bridges the gap between science and sci-fi nicely.

And Damascus looks more like elephant skin than tiger stripes.

At the Edge of the Chasm