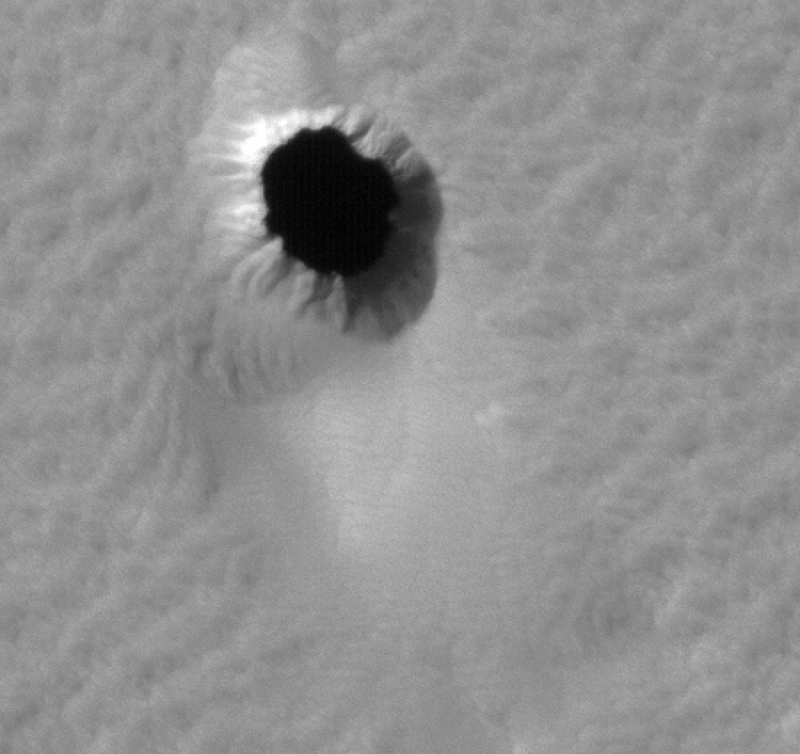 Even with the sun high in the sky, this collapse pit on a Martian lava plain is so deep that even the super-sensitive Mars Reconnaissance Orbiter cannot see the bottom. On Earth, openings like this one often lead to extensive cave networks, and on Mars, such a place could shelter life, or even future astronauts. Learn more.

Dome over the top, seal the walls, nice!

Clues in the Colors

The Ancient Art of the Wind